Making friends in Dubai: The lowdown on mate dates! 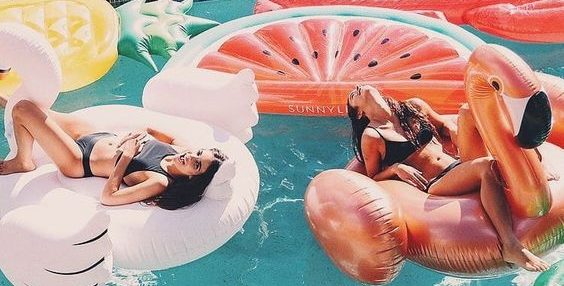 Making friends in Dubai: The lowdown on mate dates!

Wherever you relocated to Dubai from, you more than likely had a solid group of friends back at basecamp, right? Not only that, but we’d probably be accurate in saying you’d known many of these people for quite a stretch of your life? Then all of a sudden, you move to Dubai and your network of people is gone.  Many of us make friends via work, but what if that isn’t an option for you or you prefer to separate work and play? Most of us are ex-pats and, as such, we have come here and built a life for ourselves.  How did we do it? Dubai is a great and inclusive place, but it can also be intimidating and leave you feeling isolated. Check out our top tips for making friends and making our desert city feel just like home!

The first thing to remember is that you are not alone.  Just a few minutes scrolling on many of the girl groups will unveil the number of girls who are in the exact same position as you. Dubai is also a very transient place,  there’s often friends coming and going which means people are usually open to adding to their friendship group.

Put yourself out there

We hate to say it, but Dubai will not come to you.  You have to be willing to do the legwork and that means going out of your comfort zone and potentially doing something you would never have considered at home.

Go on a mate date!

When we said you needed to put yourself out there, this is what we meant.  One of our team did exactly this, in her words “I was working with a group of guys and, as lovely as they were, I’m a girl’s girl and needed my girl time.  I actually Googled “how to make friends in Dubai” (yep, I did THAT!) and, lucky for me, a blog came up and I basically copied what they did.  I posted on one of the Brit Facebook groups, explained my situation and queried whether anyone wanted to go on a ladies night.  The response was overwhelming and it proved just how many were in my exact position but were perhaps too proud, or too shy to do anything about it! From there, I built a solid foundation of friends and it has just evolved from there and, 5 years on, one of those girls that turned up is one of my best friends!”

Don’t rely on others to do the heavy lifting

Perhaps you moved here with a boyfriend and you became reliant on him for making friends or maybe you had a friend that has lived here for a while and you’ve just slotted in with her “group”.  That’s great but it’s important to have something that’s just yours too – and it also means that if the unfortunate happened, you have your own support network too.

Got a secret for you girls, this is how guys make friends so easily – a mutual bond. Whether that’s through a sports team they support or playing the sport itself. You can do it too! If sports isn’t your thing – anything extra curricular works.  Or if you enjoy the gym, this can be a great place to meet people too.

You’ve made the first step, you moved here – making friends is the easy part once you know how!

Share
0 Comments
What is home wrapping? Transform your home space for less!

What is home wrapping? Transform your home space for less!

Our favourite cafe spots to work from

Next post
Our favourite cafe spots to work from